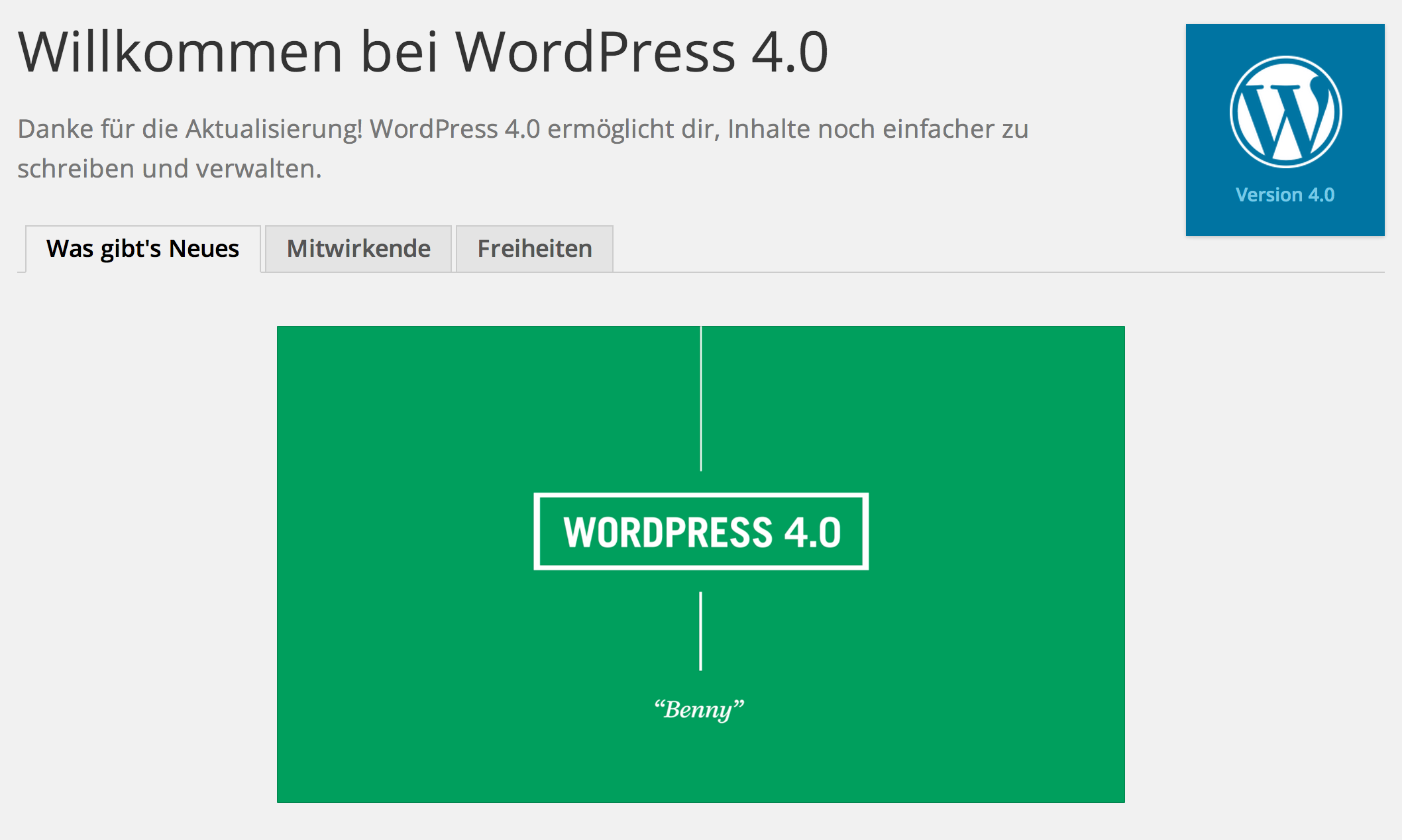 I’ve been using WordPress ever since v2.1 came out, or something like that. Back then, we had to do a lot by hand, and I was constantly changing the look of my site to sharpen my WordPress sk1llz.

But this had a major impact on the site today. Now it is really simple to display article images, galleries etc. Just upload an image, set as featured image and BOOM … instant featured image 🙂

Now, after all this customizing and hacking and coding I just want to use a simple theme. No frills but a lot of power. And the current twentyfourteen theme that comes with 3.8 is what you see. What you didn’t see until now were all the article images I uploaded to my posts. This was because of two things

Until now I had some kind of code in my themes that auto-created article images. Twentyfourteen doesn’t. It just looks for „featured image“ and that’s it.

Fix it with this plugin: Easy Add Thumbnail

It’ll make all your posts that don’t have an article image suddenly have one. Woohoo. But then I noticed another problem:

For some reason, the images were being displayed, but in the dimensions of 1px wide and 1px high. WordPress wasn’t able to read the file properly. If I called the file directly, it was viewable. So, here is fix number two: Regenerate Thumbnails

Another thing I did was open up the wp-uploads folder and chmoded the images to be openable and viewable by anyone. I found that some files had funky file permissions.

So … hope you find this info helpful.

For some reason or other, you might want to allow access to certain posts only to certain people. You can use password-protection on Pages and Posts, but those need to be set individually.
It’s far simpler to just write a Post, specify a category and all posts in that category are password protected.
Imagine a family blog where certain posts are only visible to people who know the birthday of your first child, or remember your pet’s name.
Cat-Pass is not for super-sensitive information, it’s for casual use.

„Awesome! This plugin is just what I’ve been looking for“

I’m so glad to hear that. I’ve been looking around for a feature such as this one and haven’t found anything similar, so I had to make it myself.
So here it comes: please donate a beer or two if I have been able to make your life easier. It’ll make my feel all warm and fuzzy inside, and you will feel it too. 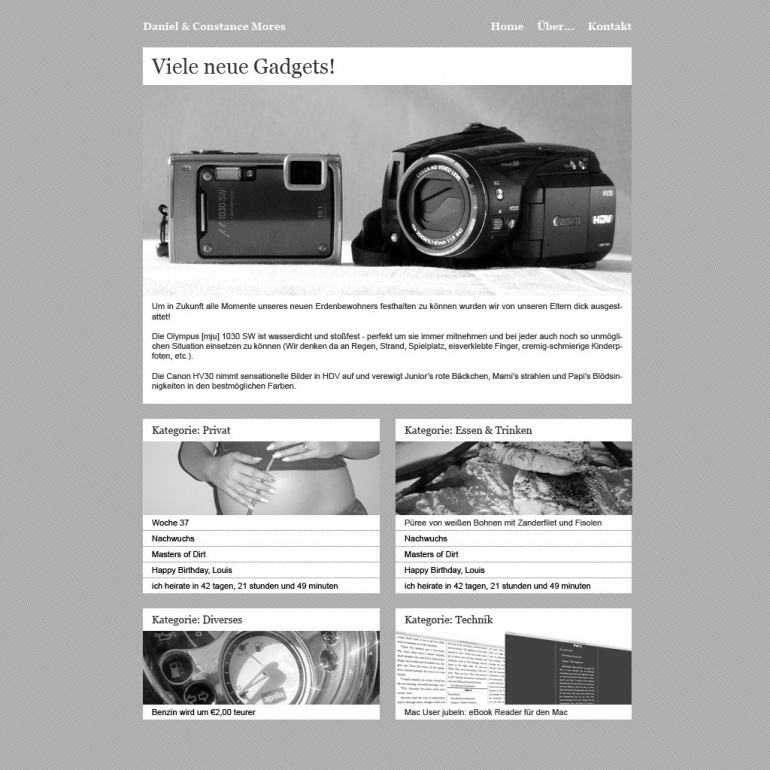 Okay, actually it’s not a new plugin, it’s just an improvement of a really neat and simple plugin called Resize at Upload. This plugin will automatically resize images that are too large when they’re uploaded – if your client choses to directly import his 25 megapixel photos 😉 . Resize at Upload will reduce the dimensions to those that you set. This will conserve webspace and keep your layout nice and tidy.

Since I missed an option to also set a max height, I simply added it to Anton’s plugin. And since I’m hungry for fame, I post about it 🙂

END_OF_DOCUMENT_TOKEN_TO_BE_REPLACED

My second plugin. Not really a lot of work, probably there are others out there, but this is quick and dirty and gets the job done.

If you want do specify per-post or per-page background images, you’ll want this. Just add a custom field called BGIMAGE to your post or page with the absolute link to your image, and you’re set. Use BGIMAGECSS to modify the styling, like  Beispiel „no-repeat top left“ or „no-repeat fixed center“

Upload to your plugins directory, then activate.Write/Edit posts or Pages and add a custom field called „BGIMAGE“, and in the value field enter the absolute path to your background image. 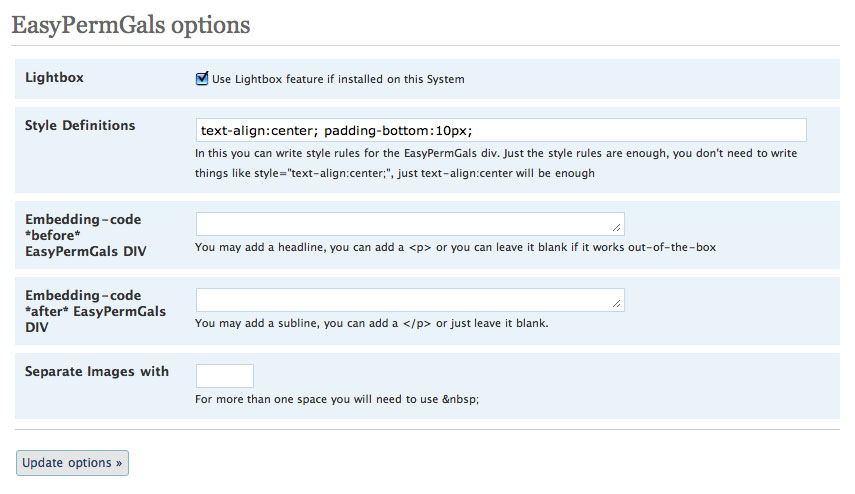 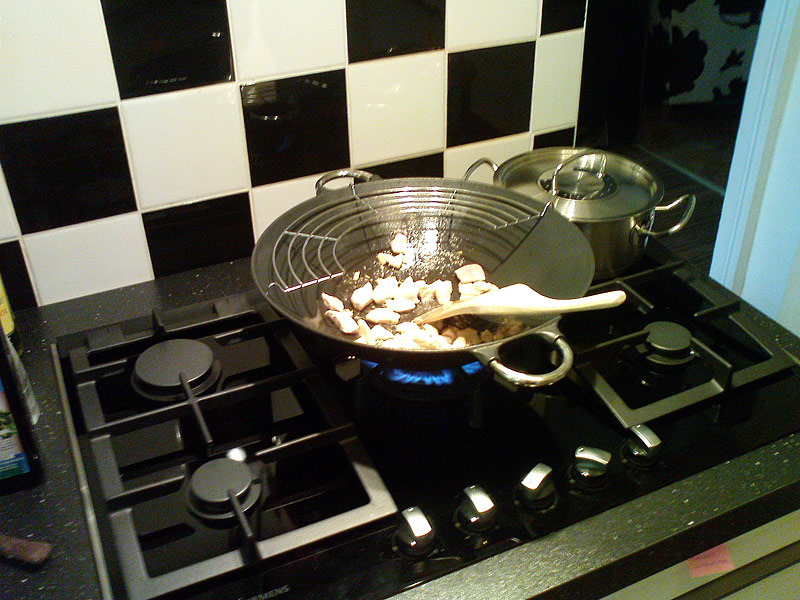 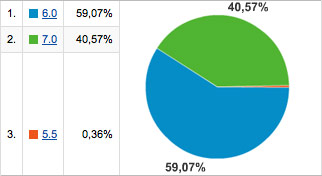