Computers: Can’t Live With Or Without ‚em

Without question the most important invention in human history, next to frozen yogurt, is the computer. Without computers, it would be virtually impossible for us to accomploiwur xow;gkc,mf(&( Hold it, there seems to be a keyboard problem here. Let me just try plugging this cable into . . .

ERROR ERROR ERROR ALL FILES HAVE BEEN DESTROYED YOU STUPID BAZOOTYHEAD

Ha ha! Considering what a wonderful invention computers are, they certainly have a way of making you sometimes feel like pouring coffee into their private parts and listening to them scream. Of course you should not do this. The first rule of data processing is: “Never pour hot beverages into a computer, unless it belongs to somebody else, such as your employer.“

For many of us, the first “hands-on“ experience with computers occurs in the workplace. This was certainly true in the newspaper business. One day we reporters came to work and discovered that our old, slow, horse-drawn typewriters had been replaced by sleek, efficient computers with keys that said mysterious scary things like “BREAK“ and “NUM LOCK.“ Fortunately, we were trained by highly skilled professional computer personnel who spoke no English. “Before you macro your ASCII, you have to format your RAM,“ they would advise us, in a tone of voice clearly suggesting that any member of the vegetable family should know this instinctively.

So we reporters were wary at first, but after just 175 weeks of training, we discovered that, instead of writing on clumsy, old-fashioned paper, we could create lengthy stories entirely on the computer screen, and then, simply by pushing a button, send them to the planet Zembar. Or maybe even farther. We definitely couldn’t find them anywhere in the building.

“WHERE THE HELL IS MY STORY??“ we would say, shaking the computer personnel by their necks. But the lost stories always turned out to be our own fault. We had invariably committed some basic bonehead data-processing error such as – you are going to laugh when I tell you this – failing to modem our ROM BIOS VGA megahertz cache.

But gradually we got the hang of it, and today we journalists routinely use highly sophisticated, multimillion-dollar computer systems to perform a function that is vital to the survival of a free society, namely, sending personal messages to each other. Walk into a newspaper, and you’ll see serious-looking journalists clattering away on their keyboards; it looks as though they’re writing important stories about the plight of the Kurds, but in fact they’re sending each other the joke about what the male giraffe said to the female giraffe in the bar. In the old days, journalists had to transmit jokes manually.

Also computers now have “spell-checkers,“ which enable us to catch and correct common misspellings such as “bazootiehead.“

Of course there are some problems. You have probably read about computer “viruses,“ which computers get when they’re left uncovered in drafty rooms. This is bad, because if you’re working on an infected computer, it will periodically emit electronic sneezes, which unfortunately are not detectable by the naked eye – the word “ACHOO“ appears on the screen for less than a millionth of a second – and you’ll be showered with billions of tiny invisible pieces of electronic phlegm, called “bytes,“ which penetrate into your brain and gradually make you stupid.

This is definitely happening to me. I’ll sit down at my home computer to write a thoughtful column about, say, foreign policy, and I’ll type: “In view of the recent dramatic changes in the world geopolitical situation, it’s time to play some solitaire.“ My computer has a solitaire-playing program on it, probably invented by the Japanese in an effort to sabotage the American economy. I used to think solitaire was boring, but now that my brain is clogged with computer boogers I find it more fascinating than, say, the Sistine Chapel. I spend hours moving the little electronic cards around, staring at the screen with the same facial expression as a mullet, while the computer sneezes on me. None of this was possible just 15 years ago.

The computer is also a great teaching tool for young people. For example, my home computer has an educational program that enables you to control an entire simulated planet – its ecology, its technology, its weather, etc. My 10-year-old son and his friends use this program a lot, and we’ve all learned some important ecological lessons, the main one being: Never, ever put 10-year-old boys in charge of a planet (“Let’s see what happens when you have volcanoes AND nuclear war!“).

So if you don’t already have a home computer, I strongly recommend that you get one. Of course before you buy, you’ll want to know the answers to some pertinent questions, especially: What DID the male giraffe say to the female giraffe in the bar? The answer – this’ll kill you – is: “The higpowoifj &kjfkjO,dmjd ERROR ERROR ERROR. 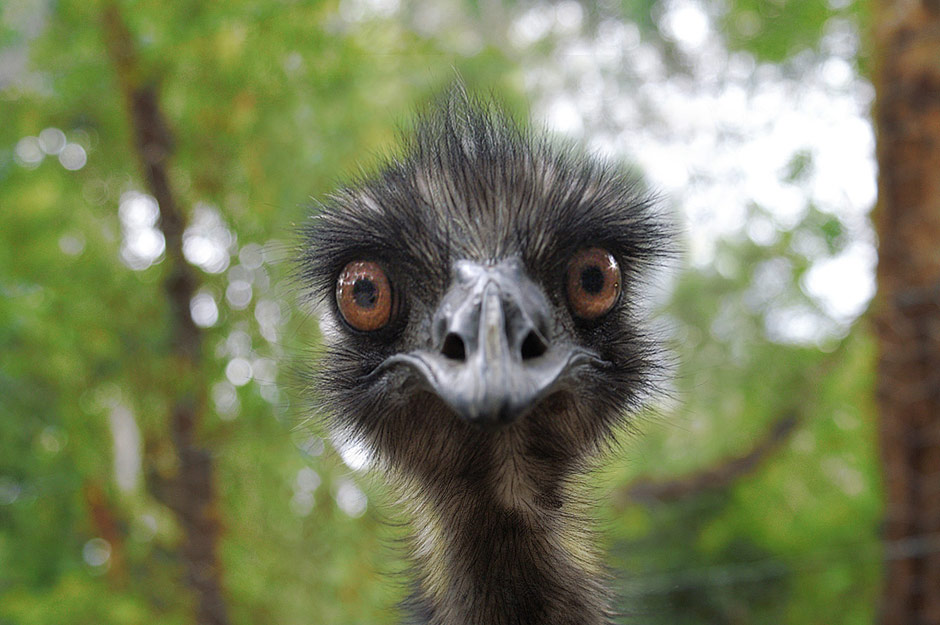